Theo and Wincie Wells were a shining example of how young love can grow and strengthen over decades. They were both born and raised in northern Arkansas. They grew up together, went to school together, and began a life together when they wed in 1948. The couple was married for 68 years when in 2016, their love story came to a close due to Theo’s passing under the care of Hospice of Holland. Their daughter, Cindy, fondly recalls how special her parents were.

“They were just very good people. Everybody loved them. They were great parents and wonderful grandparents. I cannot say enough about them. We had a wonderful life with them.” 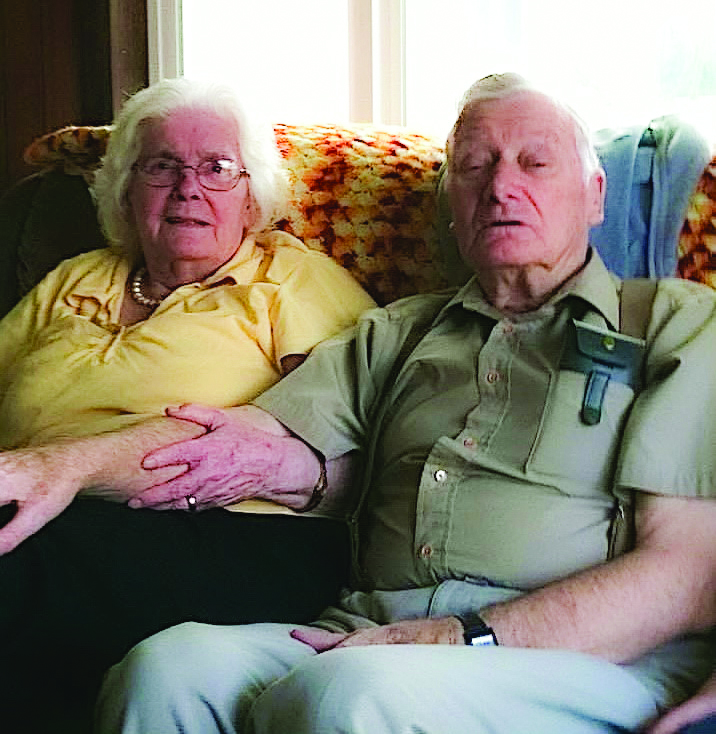 Theo was a logger in Arkansas, before an accident left him unable to continue in that line of work. The Wells’ decided to move to Michigan where Theo took a job with Holland Hitch as well as becoming a part-time preacher. Wincie became head custodian of Fennville Public Schools while also raising a family of three children.

They lived happily in Fennville for many years. However, when Theo suffered a severe stroke, his family knew they needed help to care for him.

“My mom was his caregiver,” Cindy stated. “When he had a stroke, he was in the hospital and they transferred him to a facility. But he wanted to go home, so my mom took him home. His doctor recommend that it was probably time for hospice. Between my brother, myself, my sister, and my mom we felt it would be best to call in hospice and get the equipment we needed and the information on how we would take care of him. Hospice came right in and helped us through it all.”

So when Wincie also suffered a stroke in late 2019, Cindy’s previous involvement with Hospice of Holland meant she knew exactly what to do.

“(After) going through hospice with my dad, when things happened with my mom we didn’t even hesitate,” said Cindy. “We had taken her to the hospital when she had her stroke. Someone at the hospital came in and said ‘would you guys consider hospice?’ And we knew it was time. They evaluated her in the hospital, and by the time we got her home everything was already set up.”

Cindy recalled what her mother’s journey with Hospice of Holland was like.

“It was wonderful. They walked us through everything. Anytime we called if (Hospice of Holland) felt they needed to come out, someone would come right away. If we needed supplies, sometimes they would make extra stops just to bring us stuff. I can’t say enough about hospice. At the end of both (my parent’s) lives Hospice of Holland came out and took care of everything. For example taking the bed and all the supplies away. We didn’t have to worry about any of that. We very much appreciated it.”

“My mom loved the ladies who would come out and bathe her, said Cindy,” She would joke with them. And the nurses. They would check her over and sit and visit with her and she just loved that.”

Cindy always felt assured that her mother was well taken care of by her Hospice of Holland care team.

“I just think the care was wonderful, especially the aide who came and bathed her. She wouldn’t just bathe my mom, she would ask ‘do you want me to apply lotion?’ or anything that would make her feel better. I remember one time my mom wanted to sit up. Well she wasn’t sitting up for five minutes when she said ‘oh I need to lay back down.’ The aide had already put her coat on to leave, but she put my mom back in bed and made sure she was all together and that everything was fine. I mean she just went over and above.”

Approaching end-of-life and losing a loved one are amongst some of the most difficult parts of the human experience. Yet no one has to face it alone. Hospice of Holland is here to guide the patient and their family through every step of the journey.

“Hospice is not only good for the person who needs it but for the whole family,” remarked Cindy. “They have so many resources available. They explained what (my parents) were going through, what we should look for, how we could take care of them. I can’t say enough about Hospice of Holland.”