Hospice of Holland is Here to Step In

Heather Ward was a multifaceted individual; a talented athlete, an artist, an outdoor enthusiast, and a woman of strong faith. However, the thing she took the most pride in was being a mother.

“Heather was a stay-at-home mom,” said her husband, Josh. “She was so dedicated in that. She took care of the house and the kids, including their education. Homeschooling became a real passion for her, especially for our oldest son Quinn, who is now nine. She spent a lot of time educating herself so that she could be the best that she could be.” Heather and Josh welcomed their second child, daughter Sawyer, in 2016, shortly after moving to Holland. 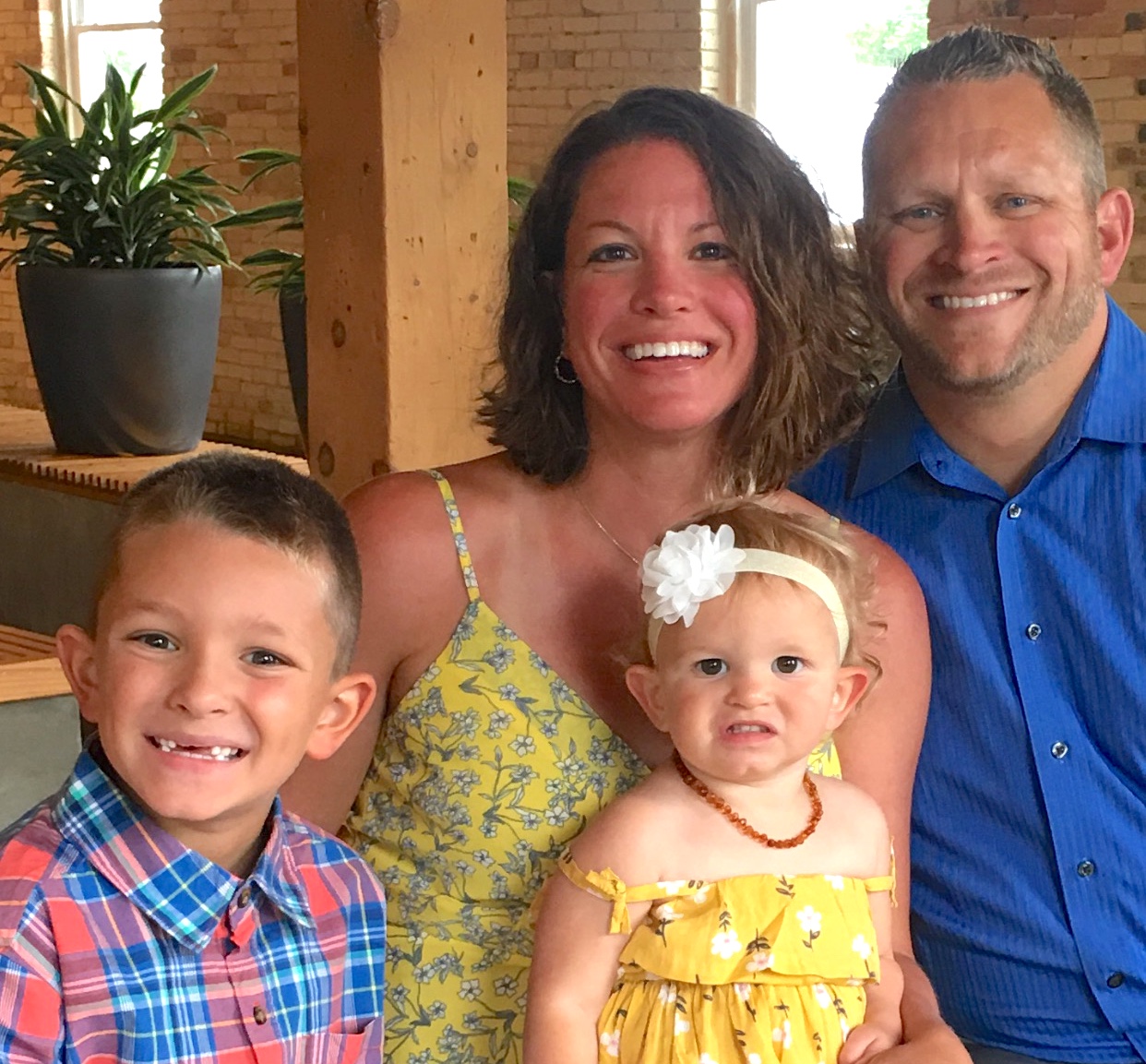 When their youngest son Gracen came along in October of 2020, what should have been one of the happiest moments of their lives quickly turned into a nightmare.

“We were planning on having the baby at home with a midwife,” said Josh. “The day he was born we had an appointment with the midwife and she told Heather her blood pressure was out of this world and that she could not have this baby at home. Then we scrambled, got our other two kids settled in with our family members and hightailed it over to the hospital. As soon as they got Heather situated in a room, the doctors and nurses immediately noticed there was a problem. The day after she gave birth we were not able to leave. We were in the hospital for about 5 days and we ended up seeing several specialists. That’s when it all started.”

While in the hospital heather was diagnosed with stage 4 inflammatory breast cancer. Although this was a crushing diagnosis, Heather was determined to combat the cancer through multiple rounds of chemotherapy. Sadly, after months of aggressive treatment, Heather’s condition did not seem to be improving. Josh recalled what it was like during this time.

“She started Chemo in December and we tried three separate chemo treatments. There was a period in March or April we thought we were making some progress. But the Cancer and Hematology doctor pulled me aside and said ‘we’re essentially just creating more time.’ Just getting her up and down the stairs to get her to her chemo appointments was becoming more and more difficult for her. It just got to a point where she was just never getting better and her pain just never was all that controllable.”

In early August of 2021, Heather made the decision to sign onto hospice care with Hospice of Holland.

“We had a discussion (about hospice care) on a Monday,” said Josh. “I said to her ‘listen there’s no shame and you’re not quitting. But it’s just not fair to you anymore.’ I left her with the decision because it was hers.”

Making the decision to sign onto hospice is rarely easy. Yet hospice isn’t about letting go, or walking away. Electing hospice care means choosing to focus on living as fully and comfortably as possible during the time one has left. It means redirecting focus from curative (and often aggressive) treatments to getting the best quality of life in the days, weeks, or months one has remaining.

“You could tell she was very firm in her decision because she was just sick of it all,” Josh recalled. “She told me she was ready. While it’s a very sad thing to hear, I sat and watched this for a year. It is a very hard thing to see day in and day out. How somebody healthy like that can just kind of deteriorate. It wasn’t fair for her but it was going to be her choice and I think in the end she just wanted to feel as comfortable as possible and that’s what we needed to do. I know in the end we made the right decision.”

Hospice of Holland cared for Heather for nearly a month. During that time before her passing, Josh was able to relinquish some of the burden of being a caregiver, and just focus on being there for Heather. Although, as Josh said, it was a “very conflicting set of feelings,” Hospice of Holland was what they both needed.

“Hospice was great. I had been effectively doing pretty much everything in terms of her care up to that point,” said Josh. “So once we flipped the switch to hospice, some of that responsibility was taken off of my shoulders. Hospice of Holland immediately set up a team of individuals who had differing responsibilities. From the social work aspect, to the nursing aspect, and the day-to-day care. All of those responsibilities that had been on me for all those months. That was taken completely off my plate. Which allowed me to refocus on my wife in those last weeks and days. They worked with me and bared that responsibility, and just allowed me to be her caretaker part time as opposed to full time, and just go back to being her husband.”

What Josh and Heather went through is unimaginable, and such an immense loss is heartbreaking. Nevertheless, the reality of their story is shared by so many. Hospice of Holland is here to step in when the unthinkable happens. We are incredibly grateful to Josh for sharing his family’s journey of love, courage, and loss.