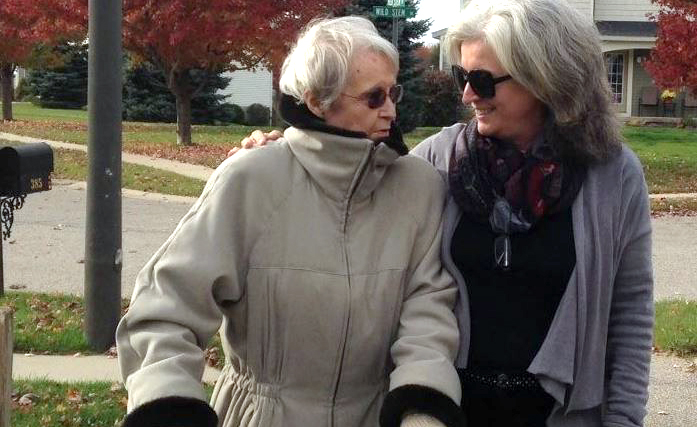 Carrie’s story is just one, reflecting countless families’ experiences with Hospice of Holland. Her journey begins when she was a child growing up, as ‘cancer’ became a familiar word in her family: both Carrie’s brother and mother experienced their own battles with the terrible disease. As her mother’s condition worsened, Carrie was haunted with the fear of what came next.

In the midst of her mother’s final journey with cancer, Carrie was afraid of what hospice care might mean. It wasn’t until a dear friend reached out to Carrie that she began to realize hospice didn’t mean the end. It was the beginning of a time when Carrie could spend more time with her mother, enjoying every moment.

From the very beginning, hospice was there to bring comfort and peace to Carrie’s family. Hospice staff helped lead her family through a plan of care and gave understanding during treatments. Her mother was provided physical support with medical equipment, while the family received emotional support they did not know they would need.

To Carrie and her loved ones, Hospice of Holland was more than just an organization for care. The staff became a part of her family. The nurses, counselors, and chaplains helped make the last six months of her mother’s life a gift.

With the help of hospice, Carrie was able to cherish the time she had with her mother during the final stages of life. From the support, comfort, and understanding, the last days were some of the best days. And now, although her mother may have passed on, the memories Carrie has will last a lifetime.